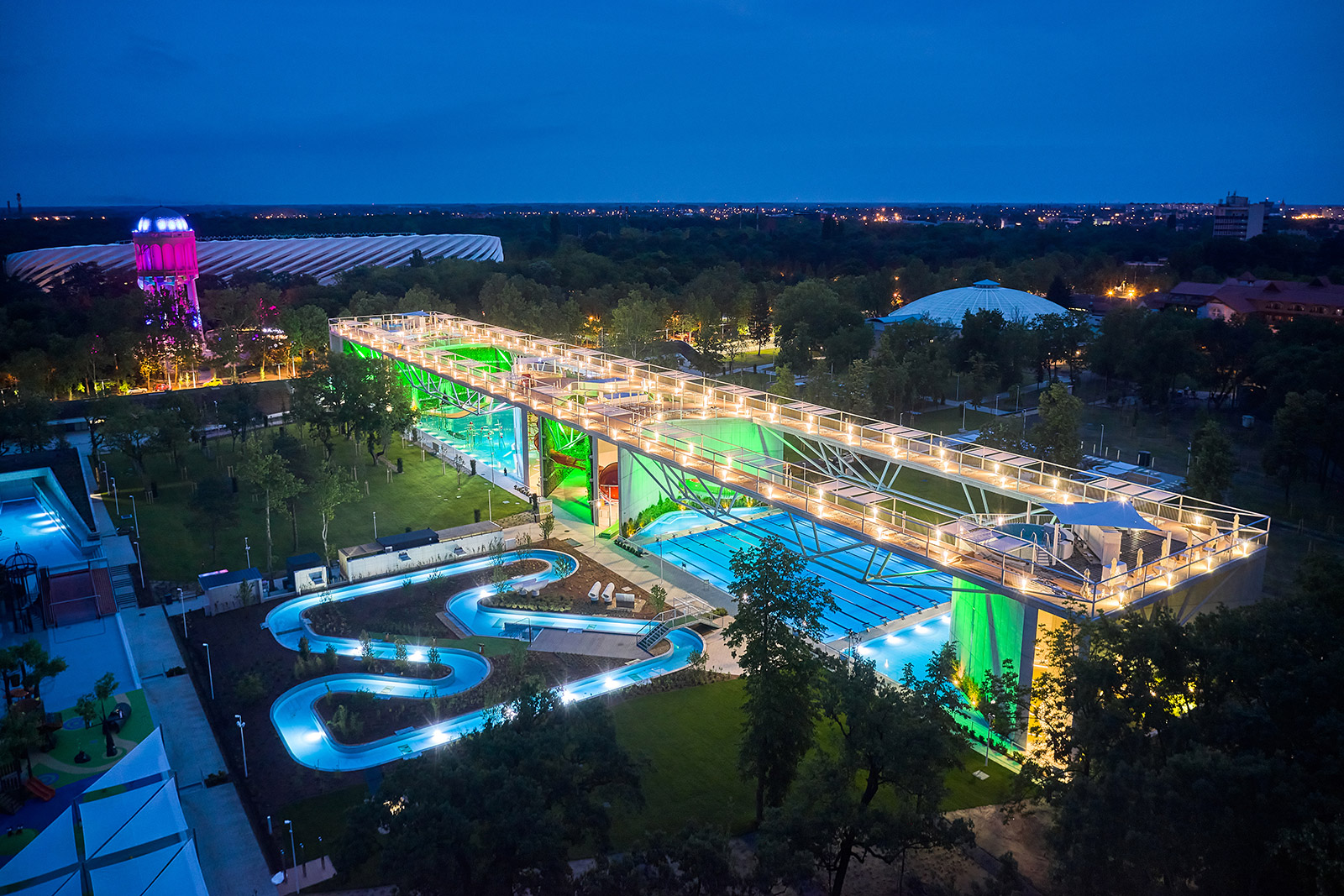 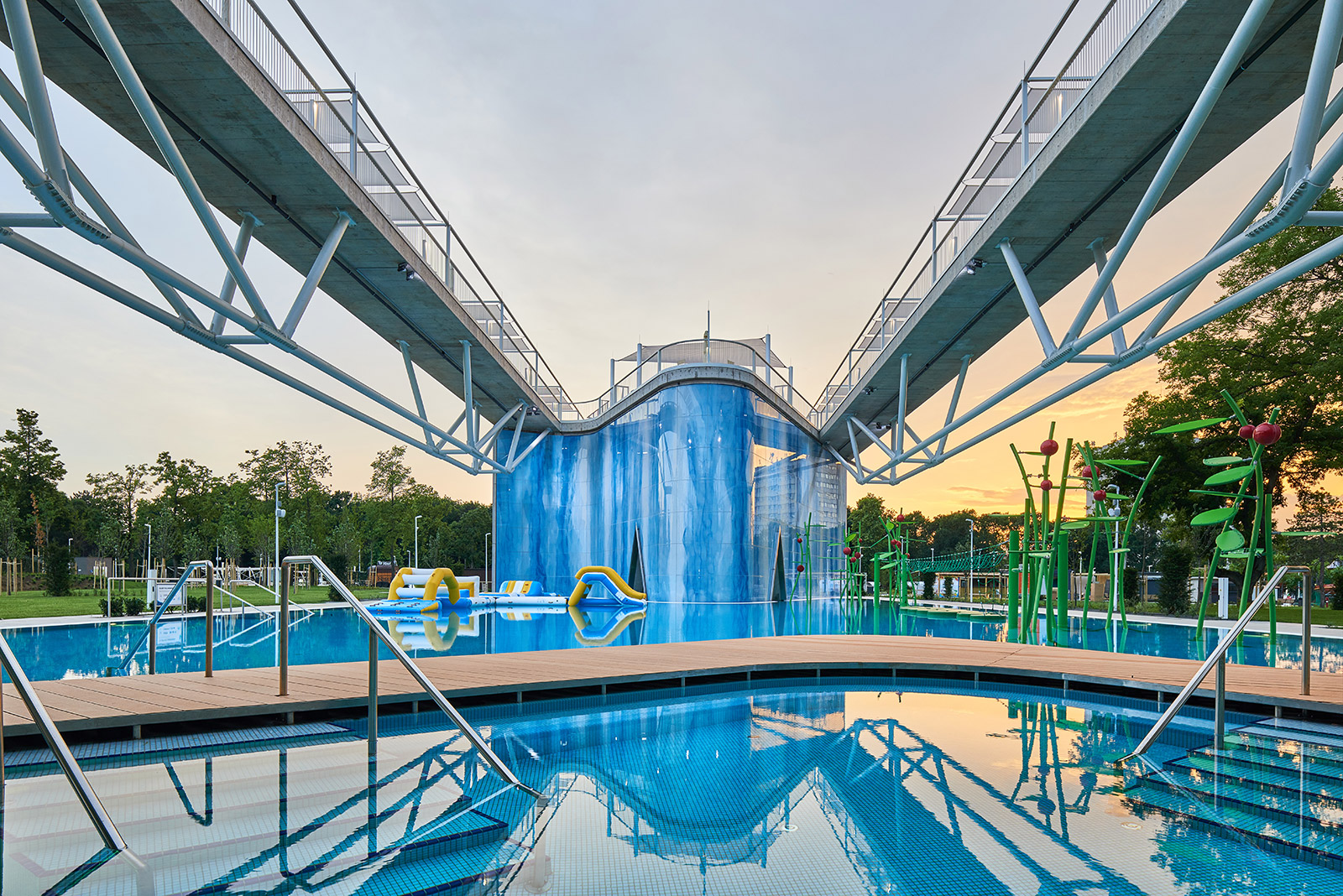 Ezarri has led a gigantic project in Debrecen, the second most populous city in Hungary, located in the far eastern part of the country. The project is the Aquaticum Debrecen water park, a gigantic aquatic complex with all kinds of pools and spas and the new symbol of modernity in the city of Debrecen.

The Aquaticum Debrecen aims to be something new and unique

Debrecen has a population of 220,000 and is one of the most important cultural centres in Hungary. The University of Debrecen is one of its most emblematic institutions.

And now this grand leisure complex, in the forest bordering on the city, aims to become the symbol of Debrecen in the 21st century. It involves a combination of technology, materials, design and architecture with a strong environmental component dedicated to leisure and sports in which Ezarri’s work stands out.

The result is a proposal that is very different from the other spas in the country, with a surface area of water of 6,000 square metres. 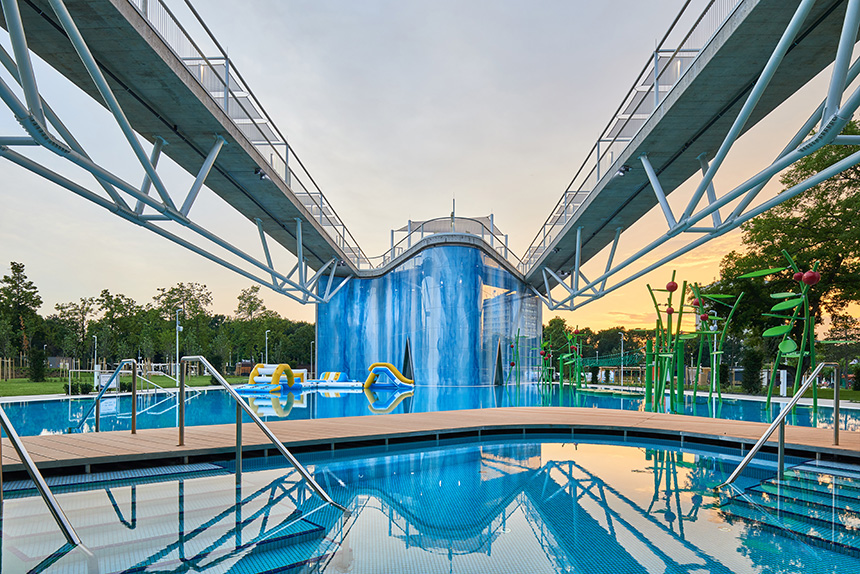 A three-dimensional experience of water

For Bord Studio, the project became an exciting experiment. And they have succeeded in breaking with the traditional concepts of horizontal water park design by creating a three-dimensional experience.

The central visual attraction has the form of a bow with an east-west axis, with an area of 196 m x 26 m and a height of 12 m. It incorporates a variety of functions such as the thermal bath, the relaxation areas, the swimming pools and slides, and the solarium and the bars.

The project managers explain that “there are water walls twelve metres high with mirrors, waterfalls and veils of water. In this way the building offers a three-dimensional experience of water, and so both the permeability between the different levels and modules and the vertical and horizontal routes become part of a great adventure for users”.

And for this to happen, all the latest Ezarri design and technology has been put at the service of the Aquaticum park in Debrecen.

Ezarri mosaic for different areas of the Aquaticum Debrecen

Ezarri has played a leading role in the creation of the Aquaticum water park. Both the wall and the basin of the outdoor pool, the pool beaches and also the children’s pools have been tiled with Ezarri mosaic.

For this tremendous undertaking, Bord Studio has used a combination of Ezarri collection colours:

The advantages of using Ezarri is that the Safe Steps system stands out over the previous anti-slip systems used.

First, because the surface is not rough but it is non-slip. In other words, it has a smooth feel. So, in addition to being much easier to clean and maintain, it is also much more pleasant to the touch.

It is also available in a wide range of colours and a variety of formats. The Safe Steps collection achieves the perfect combination of the elegance of glass and the utmost non-slip safety. 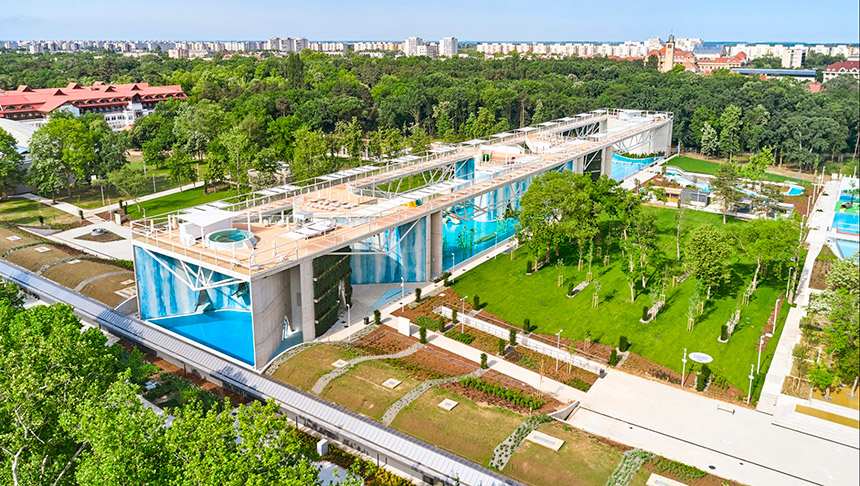 The architect Péter Bordás is the CEO, founder and chief designer of Bord Studio, a brand with vast experience in the creative resolution of highly complex projects. And it is his company that chose Ezarri for the Aquaticum Debrecen water park project.

Péter Bordás graduated from the Faculty of Architecture of the Budapest University of Technology and Economics. He has been successful in numerous national and foreign design competitions. In fact, his works are considered among the most prestigious contemporary Hungarian architectural designs.

In 2012 he was selected as one of the most promising young architects from 57 countries by Backstage Architecture with his design for the Korda Filmpark Visitor Center.

Two years later, in 2014, Bordás was awarded the Pal Csonka Medallion for his design of the Nagyerdei Stadium. In addition, the National Organisation of Building Constructors recognised his accomplishments and his outstanding contribution to this successful project with a Master of Construction Management award.

His first priority is the protection of nature and the environment, as well as the quality of the built environment.

Bordás firmly believes that a harmonious environment has calming effects, inspires creation, fosters interpersonal connections and contributes greatly to the progress of a responsible community on both a personal and social level. 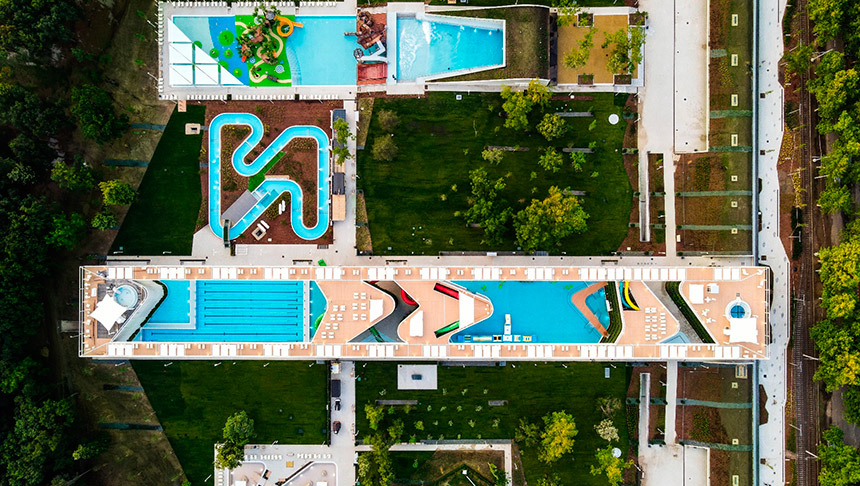 Bord Architectural Studio was established in 2006 with the aim of creating inspiring spaces with a strong and lasting character. In addition to their head office in Budapest, they also operate in Debrecen and Zurich, where they employ a total of forty architects and engineers.

The studio works on projects with different scales and uses and offers complete architectural services. It focuses on eco-friendly and sustainable design.

The studio also has its own landscape architects and mechanical engineers. In this way, they provide comprehensive design and engineering services for projects from the conceptual to construction phase,

a claim that has been corroborated during this Aquaticum Debrecen project in which they have also benefited from the experience and know-how of Ezarri. 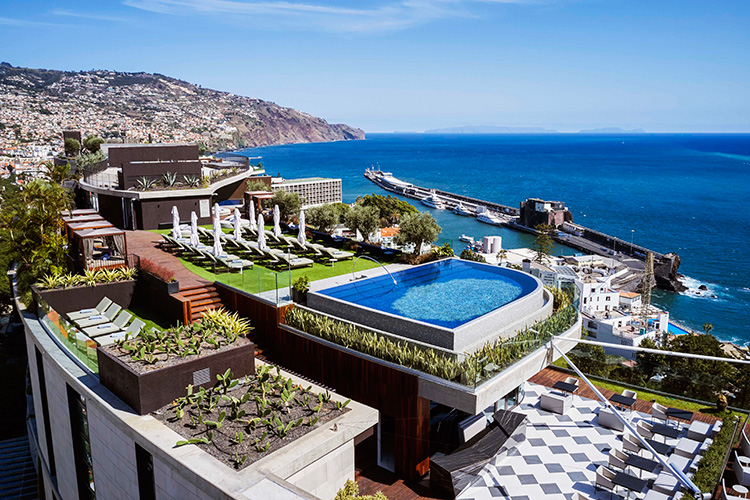 Ezarri turns Savoy Palace Hotel into a haven of wellness 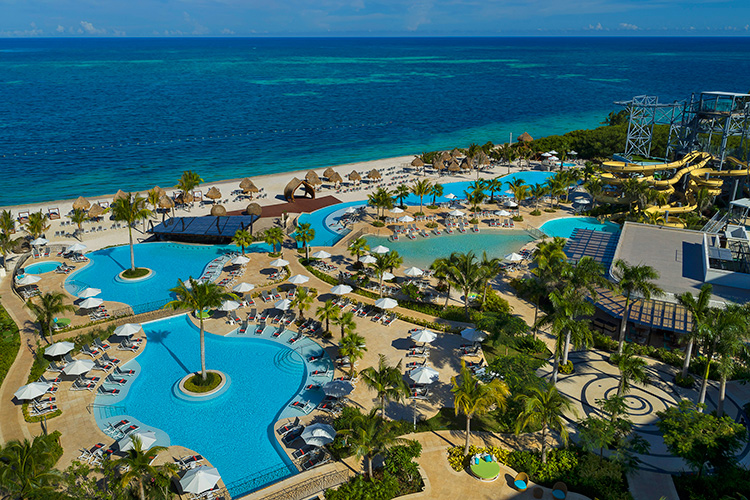